Almost 5,000 miles separate the Balkan region in southeastern Europe from the Appalachian mountains of the United States. But these two areas have more in common than one might think. 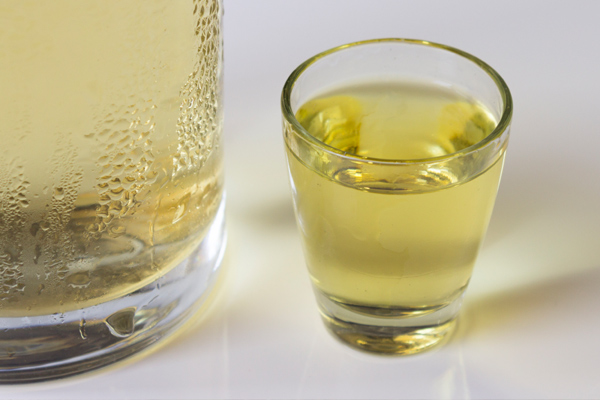 Unlike Appalachian moonshine, rakija is distilled with fruit instead of corn mash.

Both are home to an abundance of natural resources, awe-inspiring mountainous landscapes and inhabitants who have a deep appreciation for tradition—including a near-religious devotion to homemade liquor.

Much like moonshine flows through the veins of Appalachia, a brandy called rakija is the common thread in the otherwise divided Balkan region. 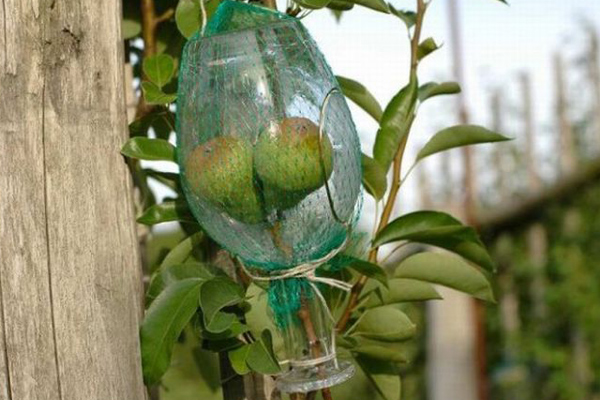 The pear version of rakija often comes with a full-size pear grown inside the bottle. Image: acidcow.com

THE OTHER WHITE LIGHTNING
Like moonshine, rakija is a high-proof spirit, typically 40–45% alcohol content or higher, depending on preference. It doesn’t require years of aging in barrels, which means it’s easily produced. The key difference between the two spirits is in the ingredients. In place of corn mash, which is used to make moonshine, rakija is distilled with fruit, most commonly plums or grapes.

Considered to be the national drink of Bosnia and Herzegovina, Serbia, Croatia, Macedonia, Montenegro, Slovenia, Kosovo, Albania and Bulgaria, the fiery spirit can be bought in stores throughout the Balkan region—but nothing compares to the homemade version. Because of that, most people source their supply from relatives or a close family friend who has mastered the art of distilling this potent brandy.

GOOD FOR WHAT AILS YOU?
Rakija’s properties, some aficionados claim, border on medicinal. Opinions may vary, but its devotees vouch for rakija’s ability to heal skin, aid in digestion, fight colds, help ease joint and back pain, soothe toothaches and disinfect just about anything. Though there’s little chance Dr. Oz will promote this “wonder tonic” anytime soon, why question tradition?

VARIETY IS THE SPICE OF LIFE
Different countries tend to prefer different versions of the spiky beverage. For example, plum rakija is most popular in Bosnia and Herzegovina and Serbia, where plum trees grow in abundance. The grape variety is a favorite in Croatia, known for its vineyards. Rakija can also be made from pears, figs, apricots, apples, peaches, cherries, blackberries and even walnuts. If you have the chance, try the pear version: It has a fairly strong following and often comes with a full-size pear grown inside the bottle for looks and added flavor. 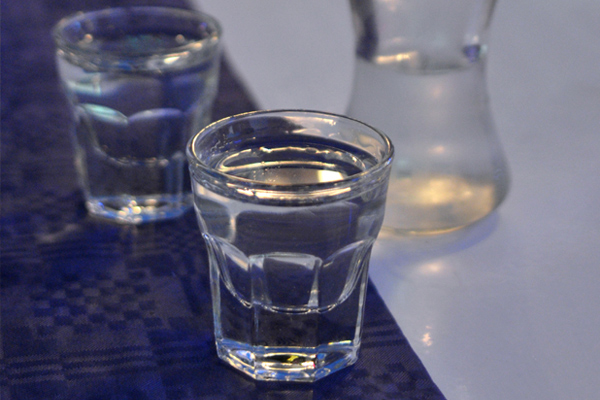 A MATTER OF TRADITION
One of the most unique aspects of rakija is how intertwined it is with the social fabric of the Balkans. Guests are almost always offered rakija when they enter someone’s home. Special occasions, such as birthdays and weddings, are seldom complete without a rakija toast. In Serbia, a bottle of rakija is passed around during funerals as a way of honoring the deceased. Many die-hard traditionalists, especially in Serbia, start their day with a shot glass of rakija to wake up the senses.

No matter the occasion, the rakija toast is the same: Look the other person in the eyes, clink glasses and say “Živjeli,” which means “to life!”

THE EXPERIENCE
Some say that you know you have a good batch of rakija if it burns in your belly, not your throat.

To get an idea of what rakija tastes like, if you’ve never tried it, imagine smelling a fruit tree right before swallowing liquid fire. You’ll feel a slight burn as it makes its way down your digestive tract and lands in your belly—somehow managing to end on a smooth, satisfying note.

While rakija isn’t common in the U.S., the spirit can be found in specialty stores and online. Eastern European restaurants, like Ambar in Washington, D.C., have whole menus dedicated to the libation. With the sizable Balkan diaspora all across the United States—and thanks to rakija’s increasing sophistication and growing number of gourmet varieties—don’t be surprised if this Balkan favorite eventually makes it to a bar near you.