Based on in-ring stamina, raw power, and an obsessive commitment to fitness, MF judged these five legends to be the most amazing physical specimens to ever set foot in the ring. 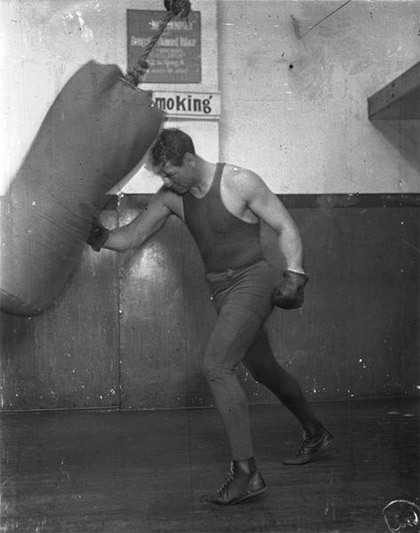 Today’s boxers benefit from modern training methods and nutritional supplements—that wasn’t the case for old school brawlers like Jack Dempsey. Instead of learning the ropes at local gyms, the Manassa Mauler left home at 16 and made a living working odd jobs and challenging bar patrons to fight him for money. When he finally turned pro in 1914, he would prepare for fights by jumping rope, shadow boxing, situps, pushups, chopping firewood, and swinging a sledgehammer. Dempsey even chewed a type of thick, sticky gum made out of pine tar in hopes of building up his chin and jaw. It must have worked—the champ suffered only one KO in his professional career.

Notable Quote: “A champion is someone who gets up when he can’t.” 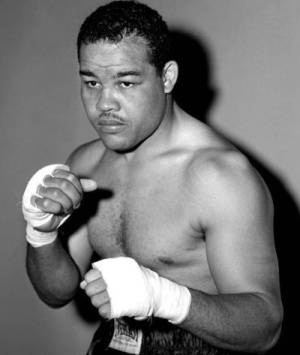 Considered by many boxing aficionados to be the greatest heavyweight in history, Joe Louis was known for delivering short, compact, devastating punches. As a boy, Louis would help out his family by making a few extra dollars hauling ice up the steps of tenement buildings in Detroit. He said that helped him to develop a strong physique early on in life. When the Brown Bomber turned pro in 1934, his trainer, Jack “Chappie” Blackburn, would have Louis row around a lake to help build up the champ’s arms and shoulders. Louis was also known to catch flies in midair to improve his reflexes. Another training tactic was to spar with his right hand tied to the ropes—this helped him improve his left.

Notable quote: “Once that bell rings you’re on your own. It’s just you and the other guy.” 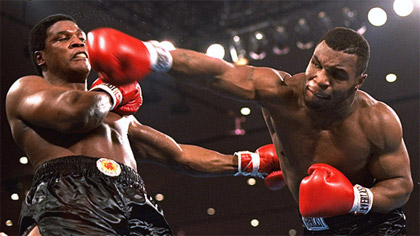 Built like a pit bull (with a mindset to match), Mike Tyson was blessed with an abundance of brute strength and a strong work ethic. During his training days, Iron Mike used to get up at 4 a.m. for a three-mile jog, followed by a day of sparring, riding the exercise bike, 2000 situps, and a full battery of upper-body work. The end result was incredibly massive legs and a rock-solid core that left his opponents in awe. At his peak, Tyson had the lethal combination of tools needed to be a monumental fighter: phenomenal power, lightning quick punches, and a ruthless demeanor.

Notable Quote: “I just want them to keep bringing guys on and I’m going to strip them of their health. I bring pain, a lot of pain.” 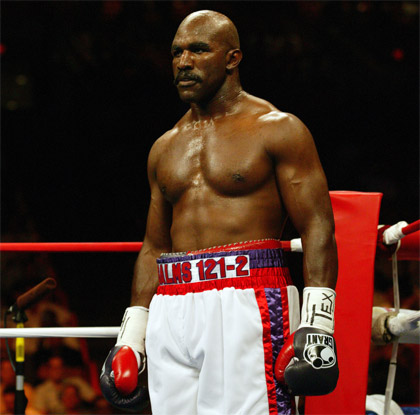 A fighter who shunned the old-school methods of training, Evander Holyfield instead saw the value of nutritional supplements, fitness experts, and pumping hard iron. During the peak of his career, the Real Deal built a $100,000 gym next to his home and hired a strength and conditioning trainer to add bulk and stamina to Holyfield’s repertoire. An emphasis was put on fully utilizing cutting-edge techniques, including a custom-made harness machine to maximize Holyfield’s power and endurance. This modern approach, coupled with the champ’s obsessive work ethic, resulted in near anatomical perfection.

Notable Quote: “I always go to the gyms and watch heavyweights. I’m always casing the gyms because one of those guys may end up wanting to fight me. That is just my competitiveness.” 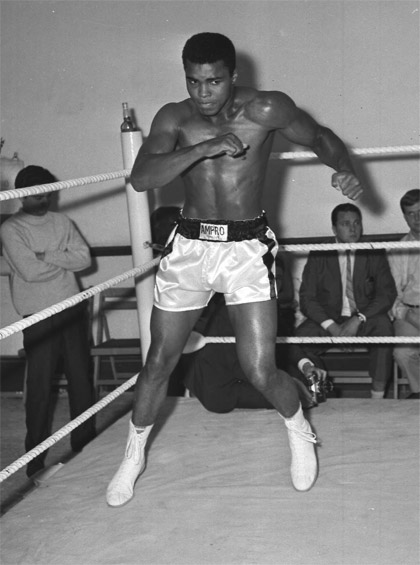 In the sport of boxing you don’t get a nickname like “The Greatest,” unless you have the skills to back it up. Muhammad Ali was the quintessential champion: lighting fast footwork, powerful jabs, and a larger-than-life persona. Like most heavyweight boxers, Ali didn’t use weights to ready for a fight. Instead, he relied on calisthenics and smart dieting. Perhaps more than any other fighter on this list, Ali was simply a natural. The champ’s raw talent and genetic makeup is something that comes along once in lifetime.

Notable quote: “I’m so fast that last night I turned off the light switch in my hotel room and was in bed before the room was dark.”