Oklahoma might not be the first state that comes to mind when you think of the rough and tumble days of the Wild West. But back in the early 1900s, this state just north of Texas was at the heart of the USA’s cowboy domain. Proof of Oklahoma’s Old West ties can be found nestled in the rocky crags of Robbers Cave State Park, which once served as a hideout for some of the country’s most infamous criminals.

Located in Wilburton in southeast Oklahoma (about 265 kilometers east of Oklahoma City), Robbers Cave State Park encompasses 3,337 hectares of forests, lakes, cliffs and, of course, Robbers Cave. These days, the area is known more for the outdoors than outlaws, but the adventurous spirit of the Wild West remains.

During the late 19th century, Oklahoma was home to some very notable criminals, who wreaked havoc on blossoming towns by robbing banks and trains. “As legend goes, the cave was used by outlaws such as Belle Starr, the Younger brothers, and Frank and Jesse James to get off the beaten path and evade any lawmen that might have been on their trail,” explained park manager Aron Maib. “Rock engravings (or ciphers) have been located within the park that very closely resemble those used by outlaws of that time.” 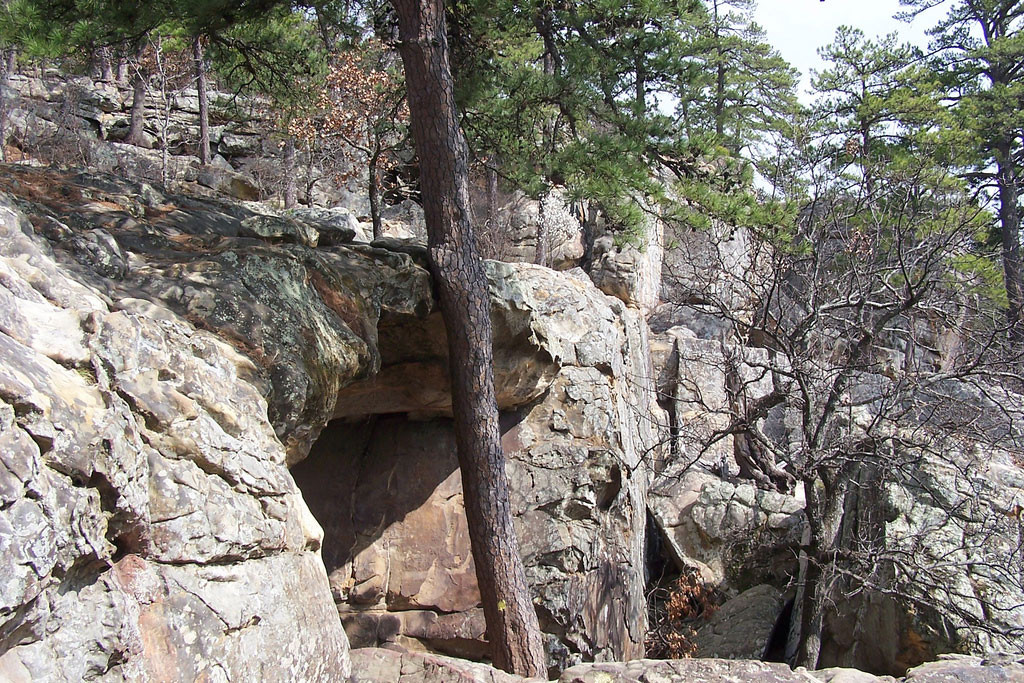 During the Wild West days of the early 20th century, Robbers Cave was a favorite hideout for outlaws. (image courtesy of J. Stephen Conn/Flickr)

Ciphers are all that remain of Robbers Cave State Park’s criminal history — you won’t find any more outlaws ’round these parts, so don’t worry you’re safe! But you will find some of the area’s best rock climbing and rappelling locales. The park’s sandstone cliffs that once harbored lawbreakers now welcome avid climbers in droves.

To experience Robbers Cave State Park like the outlaws did, test your bouldering skills on the Shiftless Outlaws Boulder, a climbing spot only accessible through the cave. Another popular spot is the Horse Coral Face, which features around 18 different routes ranging from around 7.5 to 12 meters high. 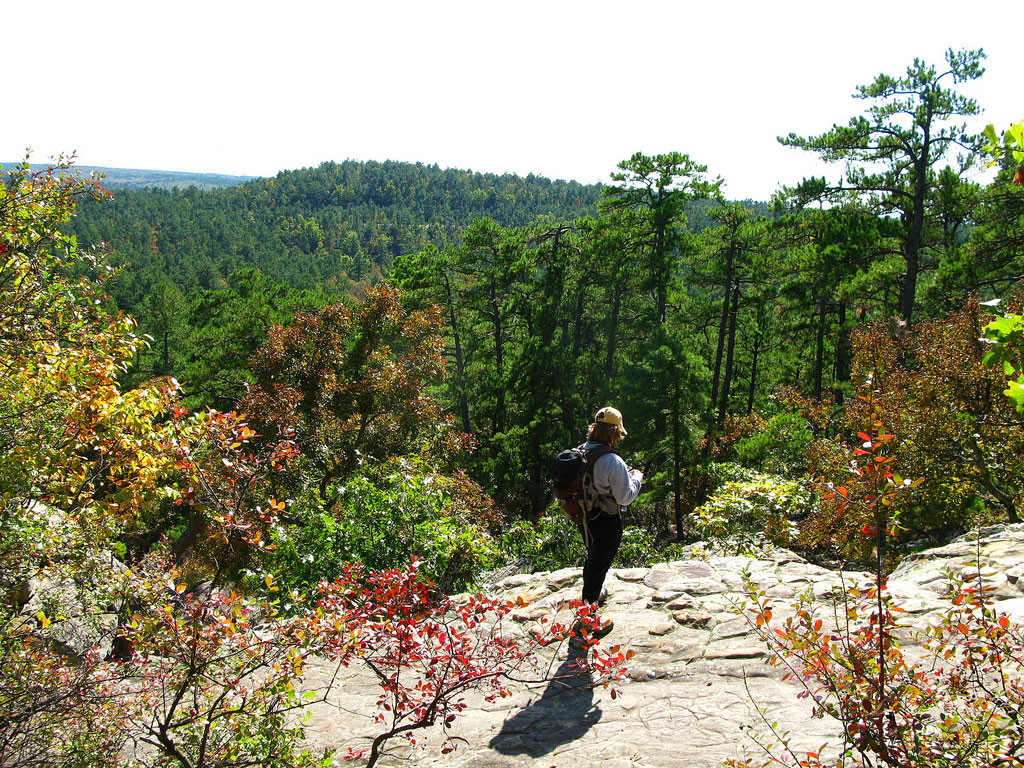 Robbers Cave State Park in Oklahoma features a number of scenic hiking trails suited to both novice hikers and those looking for a challenge. (image courtesy of OakleyOriginals/Flickr)

You don’t have to be a climber to enjoy Robbers Cave State Park. The area is also a draw for biking, canoeing, horseback riding and picnicking. But no visit here would be complete without a visit to the infamous cave itself. The cave is easily accessible from State Highway 2, and it acts as the starting point for the park’s scenic trail system.

After exploring the depths of this Wild West hideout, get some fresh air along the Cattail Pond Loop, an easy 6.4-kilometer hike that makes a circle around the cave and offers beautiful views of the park’s Lost Lake before returning you to the parking area. If you have the time to stray a little farther, make the turn off of the Cattail Pond Loop onto the Mountain Trail, which will lead you to the scenic Lake Wayne Wallace Overlook.

If you plan on spending more than a day in Robbers Cave State Park, you’ll find plenty of places to set up camp within the park — not to mention several hotels clustered about 14 kilometers south of the park.